Being spiritually deprived leads to a lot of negative problems. Though medical science has over the years acknowledged the advantages of being connected spiritually, people in general have not yet grasped this important tool for their life.

One of the factors that lead to less than optimum mental and physical health of an individual is the lack of spirituality. Being more connected to the secular and materialistic society is one of the contributing factors to the lack of importance placed on spirituality.

The biggest impact of being spiritually deprived from a medical point of view is the onset of depression. Currently viewed as a very wide spread problem, depression seems to have direct links with the lack of spirituality in an individual’s life.

The medical world recognizes this phenomenon as dangerous and growing daily but is unable to adequately endorse the importance between the connection of spirituality and the human body.

When stress levels rise, as they do in this fast moving and unforgiving world it’s more often than not to find adequate solutions that are effective and long lasting.

For a long time the question of spirituality and the general connection to the human mind has been questioned. Spiritual enlightenment is central to the unity of body, soul, and mind; however it is unfortunately ignored as the core of the human existence.

People who have the advantage of being spiritually connected are much happier people as they are able to deal with outer turbulances better than those without the essence of spirituality.

They are completely aware and dependent on this spiritual “help” to give them relief and sound thinking in any given situation. Without spiritual direction it is often difficult to have a goal to work towards and certainly hard to keep focused when things start looking difficult or negative.

It is okay to call on others too. Often, by asking for help, you are making others feel worthy and wanted. Remember the Golden Rule: Do unto others as you would have it done to you. A very simple yet at the same time a terribly complex statement to adhere to. Most people never stop and think of their actions and how other people on the receiving end feel. In this fast pace world few take the trouble to analyze the repercussions of their works, actions, and thoughts.

Practiced all over the world and in all walks of society, the golden rule principle is adhered to, in order to preserve feelings and relationships better that any other physical or mental practice can do, simply by its non complicated one rule. 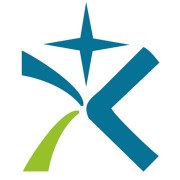 What determines the level of your future success

Why Meditation and what are the overall Benefits

Being Grateful in an Ungrateful World

Close
The Basics On Living An Optimal Life eBook
September 5, 2018

The Basics On Living An Optimal Life eBook

A to Z Tips of how to get yourself Motivated again

Achieve Anything In Life through Kaizen
January 14, 2017

Achieve Anything In Life through Kaizen

Motivation as a Catalyst for Confidence
January 13, 2017

Motivation as a Catalyst for Confidence

Connecting with your Higher Power
January 12, 2017

Connecting with your Higher Power

Living your own Path and Destiny
November 19, 2016

Living your own Path and Destiny

Healing Emotional Wounds through Meditation
May 5, 2016

Why Meditation and what are the overall Benefits
April 30, 2016

Why Meditation and what are the overall Benefits